The Ultimate Tool of Transformation 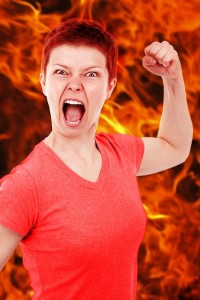 I have written in the past about the voice of discontent within me. This inner voice was not a new expression that popped up out of nowhere, although it may have seemed that way at first. It was a voice of discontent that had been with me for quite some time, likely the better part of my life. The reality is that the voice of bitterness grew closer and closer to the surface of my awareness until it became so disruptive to my inner calm that I had to do something about it … it became necessary for me to change.

This force which moves us to change is occurring within us and around us. The problems that we are facing in our world have been present for a very long time, just now becoming ever more visible. One way we can be immediately effective in creating a better world is by addressing that which needs to change within our own being.

The process of externalizing problems has proven to be very helpful in creating the changes I want to see in the world. Externalizing allows me to de-personalize my issues to some degree, and in so doing get a more objective look at what is going on. With my grinchy little friend, the voice of bitterness, I set it on a tree stump in front of me during one of my morning walks and began to dialogue with it. As I began to imagine myself looking directly at my bitterness it took on the appearance of one of the characters from Monsters Inc. It was sort of round and not nearly as menacing as it seemed when it was hidden in the dark of unknowing. Nonetheless, when approaching a monster, it is always of utmost importance to do so with love. This is true in every case when we desire to change anything about ourselves. We must begin with love.

In my personal quest for peace, I am on a mission to uproot long standing emotions of discontent. My intention is to bring them out of hiding and into the light of love where all healing is possible. Most recently, as a direct result of my intention, a hidden rage within me began to surface. Rage can be very frightening, and it can also be considered a reasonable response to the suffering, ignorance, violence and injustice we find in our world today. For this and other reasons, our rage deserves our respect. As hard as it may seem, it also deserves and requires our love if we truly want to heal.

When I placed my rage in front me and looked squarely into it’s eyes, the urge to scream at the top of my lungs in hatred and distaste for its mere presence was almost insurmountable. I allowed this urge within me to be there while choosing instead to breathe deeply. Knowing that the only way my rage could change was if I held it in love, I gently invited myself to call forth compassion to replace my desire to strike out against it. Gratefully, compassion obliged as I began to surround my rage with loving grace.

That day I witnessed that love is the greater force and the ultimate tool of transformation.