What is the meaning and history of Valentine’s Day? 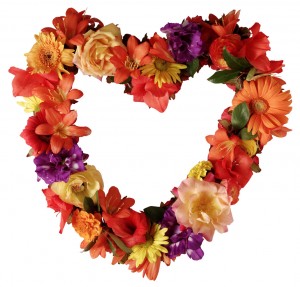 For years, how many of us have talked about how Valentine’s Day is just a holiday made up by card manufacturers to make money?

Some of us refuse to celebrate it for that reason alone. But do you know the real history behind Valentine’s Day?

The history of Valentine’s Day is actually based in a young man’s rite of passage ceremony, honoring the god Lupercus by Roman young men. Names of teenage women were drawn randomly from a box by young men. These assigned couples entertained each other, sometimes sexually, for a year, until the next drawing took place.

In A.D. 456, Pope Gelasius outlawed the mid-February Lucerican festival and changed the lottery drawing. Now young women and men randomly drew the names of saints to emulate for the year.

However traditionally, this was the time of year for meeting and courting potential mates, so young men offered young women handwritten letters of affection, and this custom, as we know, is alive today.

The earliest known card was sent by Charles, duke of Oreans in 1415 to his wife while he was held prisoner in the Tower of London. 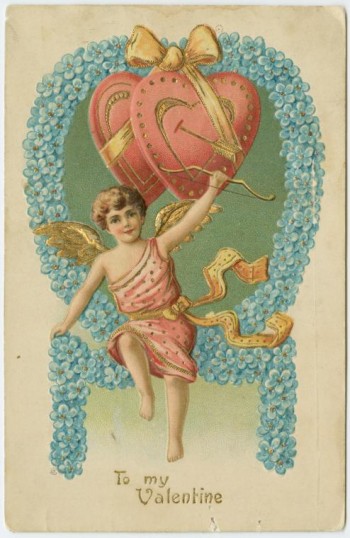 For the next 600 years, cards had a life of their own. The use the printing press and reduced postal rates, made it easier to send anonymous cards.

Cards eventually became the means of expression, in the name of St. Valentine. Cupid, with his golden-tipped arrows of love, became associated with the holiday, as the son of Venus, the goddess of love and beauty.

Eventually, they became racier. At one point, the Chicago post office refused to allow 25,000 cards to go through the mail, because of their racy content.

Other than Christmas, Americans now exchange more Valentine cards than any other day of the year.

Whatever your thoughts and feelings about the history of Valentine’s Day, isn’t it intriguing that it has become the holiday dedicated to love?

Whether sentiments are youthful expressions of caring from one child to another, or individuals offering heart-felt (or even racy) expressions of romance, or one adult simply kindly recognizing another adult—we focus our attention on love.

For one day a year, people take the time to acknowledge one another and show their appreciation and affection for each another. Those expressions may or may not include gifts, but at the heart of many of those gifts lives an expression of love.

In honor of this special holiday, if you’d like some insights to attracting your soul mate, check out my special Soul Mate Mini Readings! (Mini because we get right to the point.)

In a world in need of greater kindness, acceptance and acknowledgment—qualities of the Sacred Feminine or yin energy—qualities that contribute to greater healing and compassion amongst people, I applaud this holiday—Valentine’s Day!