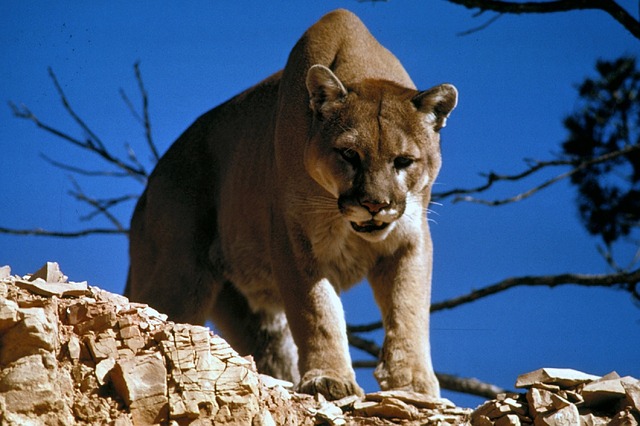 by Amari Gold
While walking a local wooded trail in the hills of southern Oregon, a fellow hiker reported having just seen a mountain lion not too far off the trail from where we were.  Sightings of these great cats are somewhat rare but not highly unusual for this area.  The hiker was understandably excited (aka scared!) about her encounter and decided to head for a more populated location.

Before she left, I reminded her to look up mountain lion medicine when she got home.  Taking my own advice, I did the same.  Mountain Lion medicine teaches us about leading by example, a style of leadership described as “first among equals.”  True leaders are not concerned about who is behind them either as followers or detractors. They are guided by their heart and confident in the direction they have chosen.

The lesson for me that day was about trust in my own choices and behaviors, and not to be thrown off course by the opinion or projections of others.  It was powerful medicine because as it turned out, an acquaintance of mine called making false accusations about me, insistent that I had done something blatantly wrong.  I was so grateful to have the power of the mountain lion with me.  I remembered the passage I read about its medicine.  “How much influence do you think your opinion has on a cat?” 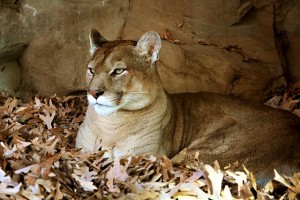 Anyone who has ever been owned by a cat knows that their opinions are ineffective in changing feline behavior. Mountain Lion medicine is the ability to be so true to oneself in terms of honesty, responsibility, and trust that the sound of those who disagree is no louder than that of a distant wind.  It was a very good lesson for me to stand my ground despite the things that I was being accused of.  I was sure of my motives and I could see and understand the other person’s misperception, but she was unwilling to hear my side of the story so there was no more that I could do than stand true to myself.

Communication can be difficult even with those who are closest to us especially during times of difficulty or stress.  It’s important to learn compassion and generosity toward others and toward ourselves during these times.  I try to keep in mind that everyone is always doing the best they know how to. Some people are stressed by circumstances that do not affect us in the same way.

I’m certainly glad that my experience of mountain lion medicine came to me second hand.